In the Jewish and National Library in Jerusalem, Spinoza’s writings, unlike those of Jewish philosophers such as Philo of Alexandria or Maimonides, are not in the Judaica reading room, but in the general reading room, between the writings of Descartes and Leibniz. The decision of the library reflects a broad consensus in the way his work is perceived: Spinoza is not considered a Jewish thinker but one who belongs to the general history of philosophy.

To be sure, Baruch de Spinoza (1632-1677) was excommunicated from Amsterdam’s Jewish community for things he apparently said and did as a young man, and he went on to become the most radical and arguably the most interesting thinker of the early modern period. From the end of the 17th century onward his work played a central role in a variety of intellectual contexts: from the Enlightenment and German Idealism to the “higher criticism” of the Bible. Today Spinoza’s ideas are debated not only in philosophical circles of both analytical and continental orientation, but also among scientists such as the neurologist Antonio Damasio, who claims that his research confirms how Spinoza conceived the relationship between body, mind, and behavior of human beings.

And yet, Spinoza’s relationship to Judaism, and in particular to Jewish philosophy, is complicated: it is marked by continuity and criticism that sometimes remain in unresolved tension. Much of his philosophical project is, in fact, best understood in light of the Jewish background. In Spinoza’s thought ideas from many sources come together, ranging from Plato to the Kabbalah. But of particular importance are, on the one hand, various traditions of Jewish thought and, on the other, the writings of Descartes and Hobbes which were at the center of philosophical discussions in the Netherlands of Spinoza’s time.

Spinoza’s father, Michael (died 1654), fled from Portugal to the relatively tolerant Dutch republic where, he became a member of Amsterdam’s Sephardic community and a successful merchant. Spinoza studied Hebrew, the Bible, and rabbinic literature at the local talmud torah school. The community’s most renowned scholars, Isaac Aboab, Menasseh ben Israel, and Saul Levi Morteira, were presumably among his teachers and influenced him directly or indirectly. Aboab translated Abraham Cohen Herrera’s kabbalistic treatise Puerta del Cielo (The Gate of Heaven), with which Spinoza seems to have been familiar, from Spanish into Hebrew. Morteira, who inclined to a rationalist interpretation of religion, could have introduced him to medieval Jewish philosophy. Menasseh ben Israel edited in 1628 the Sefer Elim by the Galilei student Joseph Delmedigo, of which Spinoza had a copy, and that may have introduced him into post-Copernican cosmology.

When his half-brother, Isaac, died in 1649, Spinoza’s help was required in the family’s importing business. Although an outstanding student, he could thus not complete the higher level of the educational curriculum which would have prepared him for a career as a rabbi. The process that led to Spinoza’s alienation from traditional Judaism, culminating in his excommunication (ḥerem) in 1656, cannot be precisely reconstructed from the available sources. A significant role must presumably be assigned to heterodox Jewish thinkers in Amsterdam such as Uriel da Costa, who had been excommunicated twice a generation earlier and whose writings Spinoza certainly knew, and Juan de Prado, who was excommunicated at the same time as Spinoza. (Fraenkel in EJ, 2007) 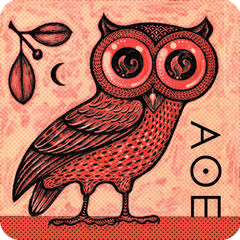